Do you remember a true story about a american college kid visiting Singapore in 1994? He was arrested for spitting on the street. The penalty for this crime is flogging. His parents were outraged and appealed to the US Consulate to stop this outlandish punishment! I believe he was reluctantly “let off” … and told never to return to the country. Singapore’s rules are tough but clear. If you don’t like them, live somewhere else. Jaywalkers are fined on the spot. Drug peddlers earn a death sentence. Media is scanned at the state level for content and “inappropriate” websites are blocked. There is no denying the system’s icy effectiveness. You can walk fearlessly at any time, day or night.

So when the sign in the shuttle bus warned that littering carried a $1,500 fine, smoking – $1,000 and eating/drinking – $500… we paid attention. I didn’t stick my gum under the seat, fearing that a camera might record my indiscretion.

This tiny, completely independent country consists of the large island of Singapore and 63 smaller islands at the tip of the slender Malay Peninsula, just 90 miles north of the equator… and the hottest of the hot. Sir Stamford Raffles arrived in Singapore in 1819 and quickly claimed it for the British East India Company. Due to it’s strategic position, it continues to be the largest and most active shipping port in the world.

This city is very easy to navigate and we explored it using the spotlessly clean subway system. Our first stop was Little India where we visited the Sri Veeramakalimman Temple (pics below). We happened to arrive during services and had the amazing opportunity to be blessed by one of the holy men. I left with a big red smudge on my forehead and a bigger smile on my face. Next, it was onto Chinatown. Chinese New Year is on February 14th – so the market was buzzing with excited people scanning the stalls for festive decorations. A traditional treat for New Year’s is…. wait for it….. COD FISH JERKY CUBES. Yes, you read that right. And… it comes in about 50 different flavors, including; wasabi, sesame, orange, ginger, and peach to name a few. The pieces are bit sized and come four to a pack. It was a carnival atmosphere as competing vendors shouted their offers for “Jerky Deals” over microphones Okay, I couldn’t understand what they were saying… but I’m sure it was “buy 3, get 1 free!”. How about some tasty duck that has been pressed flat? See the unbelievable pics below… 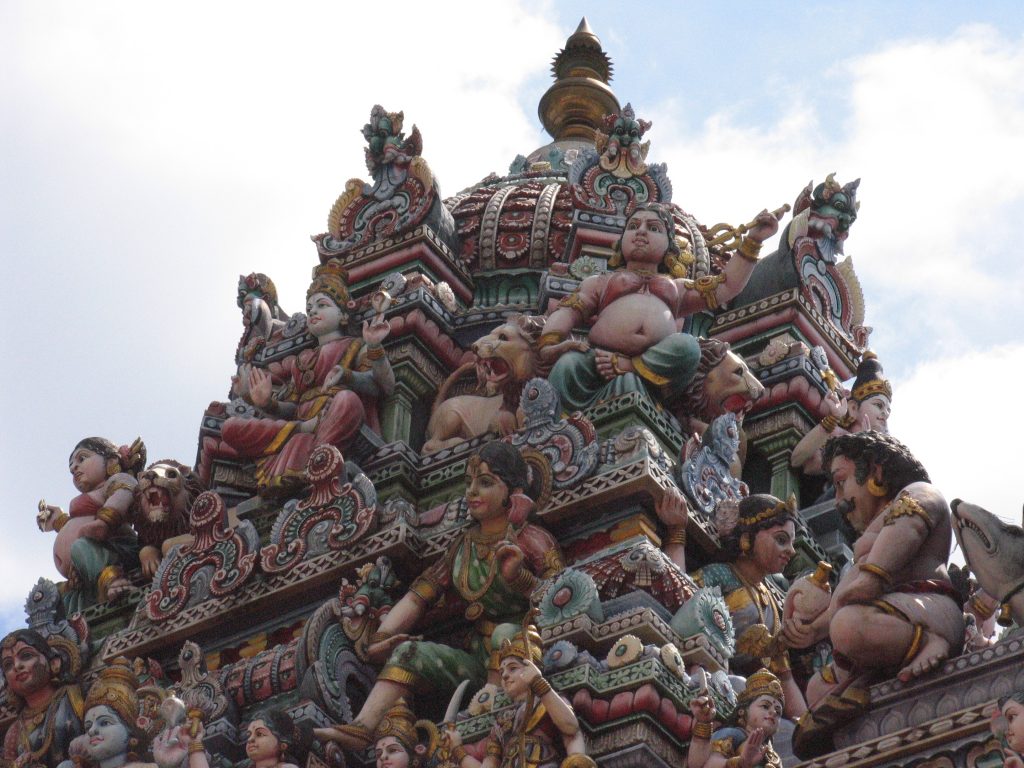 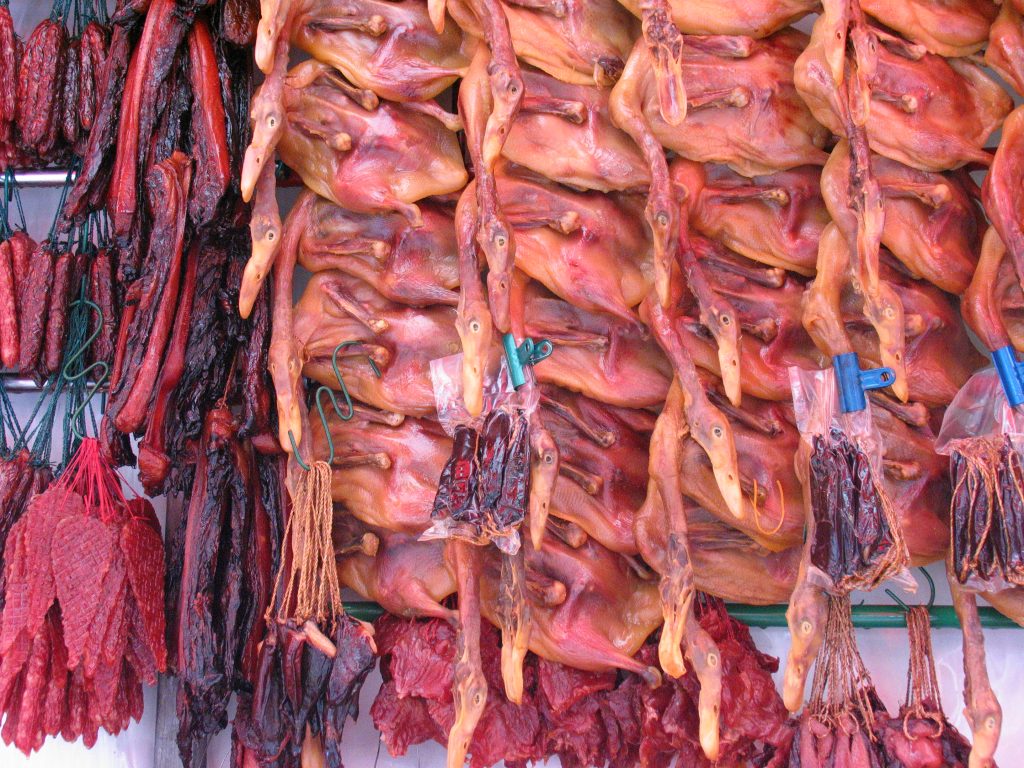 After leaving Singapore, we headed up the east coast of Malaysia and Thailand on our way to Pattaya.

You can get to Bangkok from here via a 2.5 hour bus ride each way – depending on traffic – it could take much longer. We opted not to. Instead, we hung out in Pattaya, which is a seedier version of Patong Beach in Phuket, if that’s possible. This is where the hard core “party animals” migrated to, when Singapore cleansed their raunchy beach areas. One of the stranger sights amidst all the bars, massage parlors, and tacky tourist shops were beautiful miniature street temples filled with sticks of incense you could light for a coin or two, and place in a golden pot as an offering to Buddha. Perhaps it is an Eastern version of a roadside “Confessional” – so your sins don’t have a chance to build up. Bizarre. The resulting “melting pot” of street aromas included stale beer, urine, vomit, sage, and lavender.

We arrived mid morning, when most of the town was still fast asleep or cleaning up from the night before. My goal today was to get a traditional Thai Massage. We walked around until I found a business that was not actively soliciting men and looked legitimate. I made an excellent choice. The place was spotless and the therapists dressed conservatively in black pants and bright yellow tee shirts. For this type of massage, I dressed in a hospital-type gown and lied on a thick mat on the floor. I was separated from the other victims by a curtained partition. Then, a petite Thai woman who looked weak and weighed about 100 pounds, bowed in greeting and proceeded to beat me up. She walked on my back while digging her impossibly flexible toes into the muscles lining my spine. Copious cracks issued from my spinal netherworld. She smiled, knowingly. About 5 minutes into it she asked “you okay?”… but I knew the response would be ignored. She was on a mission. She tugged, twisted, and contorted my limbs while digging her elbows, knees, and bony knuckles into the deep recesses of my tissues. It was a torturous hour that left me, somehow, deeply relaxed, barely able to make it down the stairs, and more flexible then I have been in a very long time. All for 10 bucks! What a deal! Steve was a big chicken, and decided to opt out when he saw me lurch towards him on the street…

Make sure to read the FISH MASSAGE poster below in it’s entirety. It’s worth it.

A day at sea as we left Thailand and traveled southeast towards Vietnam.